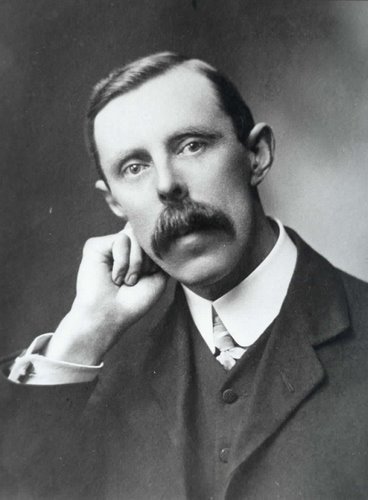 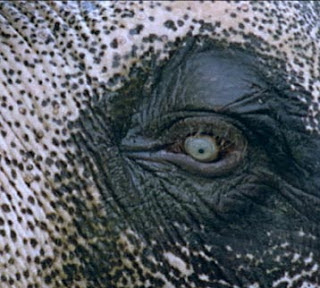 This essay by F W Boreham comes from his book, The Other Side of the Hill:

I cannot exactly claim the reverence and attention which we all accord without stint or question to the hunter of big game. I have never shaken the dust of civilization from my feet and set off for the interior of Africa, the jungles of Bengal, the Western prairies, or the hills of Ceylon. I have, however, read all that Sir Samuel Baker, Major Stevenson-Hamilton, Mr. Stewart White, and other big-game hunters have to say; and some of the most exciting moments I have ever known have been spent in their very excellent company. It is great sport to sit in a cosy chair in a sheltered corner of a shady verandah and to experience, one by one, all the glorious thrills and indescribable sensations of the chase. You hear the distant trumpeting of the herd; you share all the hopes and fears of the hunter as he creeps nearer and nearer to his quarry; you hear the great trees bend and break as the angry monsters rush and charge; and then, with a flush of excitement that almost makes your heart stand still, you see the huge beast roll over beneath the sportsman's magnificent aim. This is as near as I have ever got—or ever expect to get—to adventure of this heroic kind. Yet I have been doing a little big-game hunting on my own account. I have been on the track of white elephants; and certainly I have no reason to complain of lack of sport. None of the herds that I have ever seen described by visitors to Africa or Ceylon can compare with those upon which I have come in the course of my recent quest.

Let me, after the approved fashion of literary sportsmen, begin by describing the creature. And here the subject becomes instantly complicated, for there are, I must explain, several varieties of the beast. There are white elephants and white elephants. In its original setting the term connoted `a gift which occasions the recipient more trouble than it is worth; a white elephant being a common gift of the Kings of Siam to a courtier they wished to ruin.' Nobody would suggest that, in this sinister form, the phenomenon is particularly conspicuous among us. At the opposite pole, it may be reasonably maintained that all the operations of the ordinary commercial world resolve themselves into a perfectly innocuous bartering and marketing of white elephants. Here is a grocer with tons of sugar in his cellar. What does he want with tons of sugar? Considered only in relation to himself, his stock is a white elephant; but he deliberately finds houseroom for that white elephant in order that he may serve his customers and enrich himself in the process. The same thought inevitably occurs to one on being shown the prodigious stores of any other tradesman. The miles of neatly folded materials on the shelves of the draper; the casks of drugs and powders in the storeroom of the chemist; the formidable array of carcases displayed by the enterprising butcher,—these represent so many reminders of the fact that the commerce of life is largely manipulated by the wholesale purchase of white elephants. But between these two interpretations of the phrase—the one as repugnant as the other is serviceable—there is another phase of the matter; and it is this aspect of the question that has brought me to my desk. It is this particular variety of white elephant that I have just been hunting.

Surprising as it may seem, I came upon a very large herd of white elephants almost under the shadow of Windsor Castle. A newspaper lying at this moment on my desk tells of a White Elephant Exchange, inaugurated under royal auspices and opened by Princess Alexander of Teck, which was the other day conducted at Windsor. The white elephants concerned consisted of various articles which the donors found in their possession but for which they had no real use. Each donor received as he entered the exchange a ticket bearing a number, which entitled him to somebody else's white elephant; and if he did not fancy the gift which fell to his lot, he returned it, and it was sold for the augmentation of the patriotic funds. It is averred that when those who desired to assist in this original form of philanthropy ransacked their homes in search of white elephants, they were astonished at the multiplicity and variety of those animals to be found among their household goods. I can easily believe it. Some time ago the residents of the city in which I dwell were invited to search their homes in a very similar quest, and to donate to patriotic purposes any goods or chattels for which they had no further use. Carts passed along the streets to convey these articles to the auction rooms. You never saw such a procession of white elephants! No menagerie since the world began could hold a candle to it. Comedy and tragedy jostled each other in the roadway. Here were the toys of little children who had passed beyond the need of all such entertainment; here was an old-fashioned mangle and a still older spinning-jenny; and here were ramshackle old bits of furniture that had long ago given place to successors of a later pattern, and had since their displacement, only littered up the house.

As I passed, in the course of my hunt, from one herd of white elephants to another, I was driven to the conclusion that our haphazard and somewhat ridiculous etiquette of gift-making has something to do with the enormous quantities of game that I discovered. There are certain occasions—weddings, birthdays, Christmas, and the like—when, according to our present social usage, decency demands that a present shall be sent. Nobody would rebel very bitterly against this engaging custom if only his mind could be entirely emancipated from the torturing apprehension that, sooner or later, the dainty gift which he is at such pains to purchase will take its place among the melancholy ranks of the white elephants. Nine times out of ten the unwritten law that renders a present mandatory forbids any sane investigation as to the desires or requirements of the prospective recipient. It is equally indelicate, if not actually impossible, to ascertain the intentions of other donors. The result is inevitable. One has to determine between the dreamily aesthetic or the severely utilitarian. He purchases, in the one case, a beautifully bound édition-de-luxe, knowing that it will be rapturously admired and eternally unread; or, in the other, he fixes his choice on some eminently useful article, feeling as he does so that in all human probability half a dozen other articles almost exactly like it will be simultaneously received. And, in either instance, the danger of adding to the stock of white elephants is sufficiently grave to awaken embarrassing anticipations.

We ministers are sinners above all men on the face of the earth in this respect. We allow white elephants to multiply about us like rabbits in a district to which a gun never comes. Unless we take care, we shall be trampled to death by them. Look at our libraries—at least, look at mine! All round the room, into which I should be ashamed to show a lady, there are uncomely stacks of books that ought to find hospitality on the shelves. But the walls are crowded with shelves, and the shelves are packed with books. At least, it looks like it. But it is purely an optical illusion, and deceives everybody but myself. As a matter of fact, however, these latest arrivals, packed up so unceremoniously on the floor, are being cheated out of their rightful places on the shelves by an enormous herd of white elephants. There are books that we bought by mistake; books that we know to be valueless; books whose room is of much more value than their company. Yet, by an odd trick that books play upon us, we let them stay on the shelves whilst their superiors sprawl in undignified debasement on the floor! `I have read,' says Sir W. Robertson Nicoll, `I have read, and I find it to be true, that a man who loves books, unless he is exceptionally rich, is always more and more tormented to find room for them. They grow and grow, and the wall space does not grow, and the shelves do not grow. There is only one course possible, and it cannot be postponed for very long. The library must be weeded, and the weeding must be of a ruthless character.' This has driven me to make for myself a good resolution. I happen to have a birthday once a year. I intend for the rest of my life, whenever that auspicious date comes round, to set off after breakfast hunting white elephants. I shall go to the study first of all, and anybody who listens at the door will hear the thud, thud, thud, as the beasts fall upon the floor, and he will know that I am having good sport. And for a few days thereafter it will be reasonably safe for a lady to enter the room.

The problem is, however, capable of still larger implications. Looking round us here in Australia, it is impossible to blink the fact that the greatest problem in the development of the Commonwealth faces us just at this point. It is all very well for me to be sitting here beneath the Southern Cross calmly discussing the subject of white elephants. But what about Australia itself? Australia is a huge continent, only the southern fringe of which is at present being exploited. The remainder is to all intents and purposes a white elephant. How is it to be delivered from that obnoxious classification? The man who can satisfactorily answer that question is the statesman for whom the Empire is anxiously waiting.

And just once more. My friend Arthur Jenkinson is a good fellow. He is exceedingly popular in the office; he is always welcome at the club and in other places where men do mostly congregate. His wife thinks there is nobody like him, and his children clap their hands as they hear him come whistling up the gravel path. But that is as far as it goes. You never see him at church; he is doing no work for which the world will bless him when he is gone; and, as far as one can judge, he is laying up for himself no treasure in the world invisible. Years ago he sat spellbound at his mother's knee while she unfolded to him that sweet and gracious story with which no other story can compare; and in those days his unspoiled heart responded to its charm. The treasure of the ages was poured into his soul, but he has never made use of it. He has allowed the holy faith of his childhood to take its place among the ranks of the white elephants. It is like the family Bible on the whatnot—very precious, but never used.

Image: Eye of a white elephant
Posted by Geoff Pound at 1:08 AM

Geoff Pound
After seven years in the United Arab Emirates I have returned to Ashburton, Melbourne, to live and work.

Promote your Page too